There are a lot of Eq on the market, some are good, some are great some are bad, there’s one for each taste. You can use a clean Eq, a vintage modelling, a linear phase, you name it and there’s a dev that made it!

During these days I’ve tried many Eq, for two reasons: First, I wanted to see if I could thin out my Eq folder on my daw.
Second to try out to understand better what’s going on under the GUI.

There’s a trend on the market, a clean Eq has a clean modern GUI, a vintage modelled coloured eq have hardware reminiscent GUI.

That should help on what to expect from an eq right?
Well kinda, that’s not always true but you can rely on that sometimes.

I own many EQs, reviewing each one would be a huge work, and since some of them are falling into “Unused folder” , I’ve decided to concentrate on a few of the most used, and some newcomer suggested on RUG ( Reaper User Group).

Every comparison needs a standard reference, so I went with Pro Q3 from FabFilter for three reasons:

So starting out here’s the list of the first Contenders, two are commercials and one is free.

For testing I’ve chosen to use Span by Voxengo as Frequency analyzer.

It works well, it’s free and everyone can use it as standard reference to repeat this test with his own Eq.

I concentrated the effort on “Clean Surgical Eq” type, since in Analogue modelling Eq there’s more regarding phase and harmonic distortion.

That would be a matter of investigation on a future article.

Even in clean EQs, in the higher part of the spectrum, there’s a huge gap in quality and how a plugin react on cramping near the Nyquist frequency.

I used white noise and tried get as nearest to null with Q/bandwidth between each Eq.

On Q3 I’ve preferred zero latency mode because to me it is where the FabFilter shines against others solution in cramping behavior.

I need to say that for precise manipulation in higher frequencies a natural phase or linear Eq it is better but, with “cut little resonances” most people will just stick with zero latency mode.

Also, it’s easier to compare plugins on that setting without compelling with per-plugin latency etc.

I’ll investigate decramped Eq in part 2, with comparison between these three plugins plus Linear Phase Eq.

Second observation is that I’ve choosen to Cut instead of boost during tests.

To me, the main purpose of this type of Eq is to practice surgical processing, that in my way of working is often corresponds on cutting frequencies rather than adding.

I tend to prefer to boost with coloured Eq since they add something more than just gain.

So without hesitation let’s start with the first plugin.

Justin Johnson work with this is amazing, a fully-featured Eq in Js format for free.
Comparing it with Pro Q3 and I can certainly say that is a good free alternative if you’re on Reaper.

There are basically two modes: Eco and HQ.

Eco behave like a normal Eq with Cramping on higher frequencies without latency.
HQ will add latency but it will resolve cramping.

I don’t have any major objection regarding this plugin except one, it is really difficult to deal in precise numbers on bands.

Since there’s no keyboard input everything works by dragging.
I’ve to check if there’s an update that adds keyboard Input.

This is one of the reasons for working on higher sample rate, that is asked a lot on forums and Facebook groups. 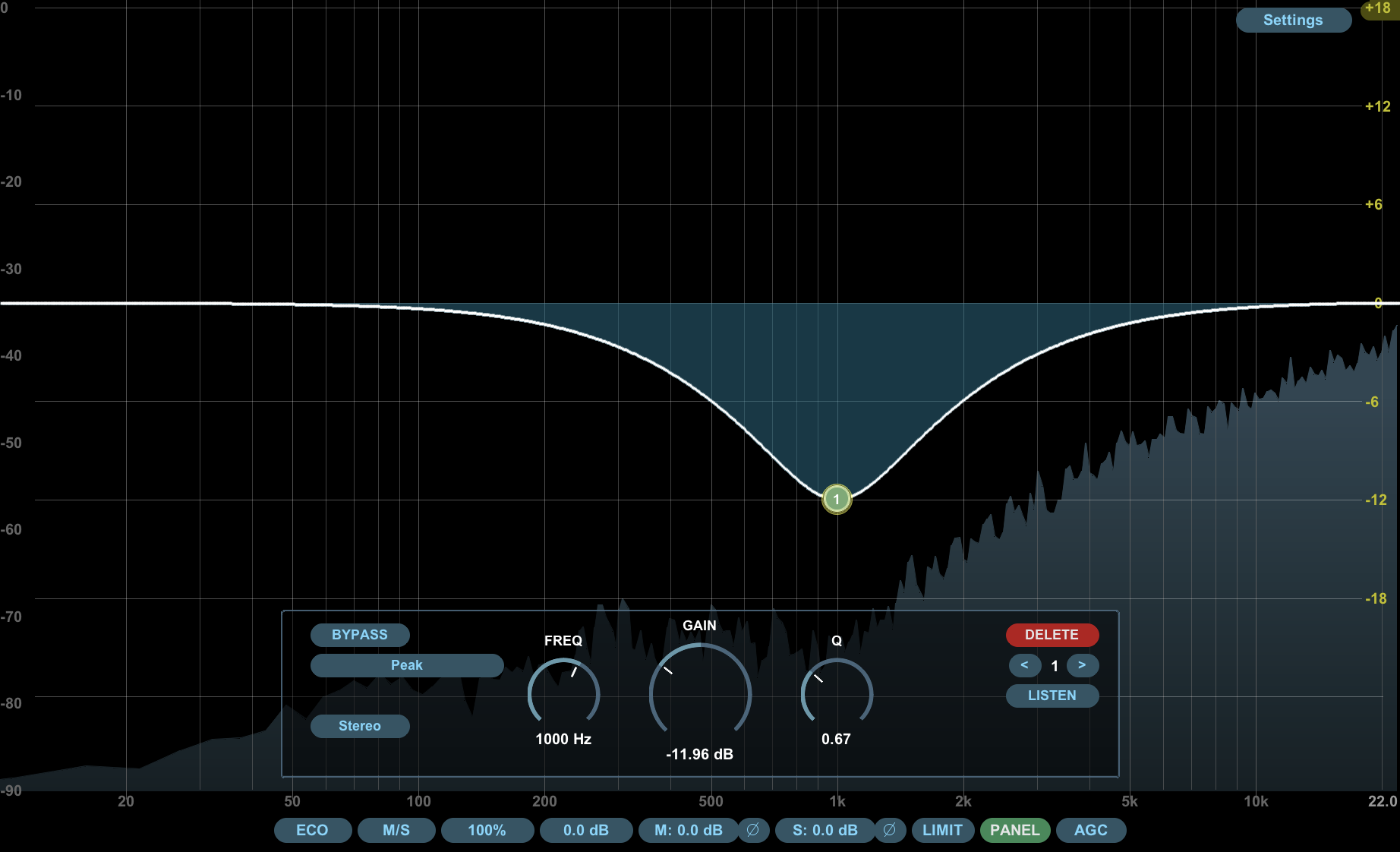 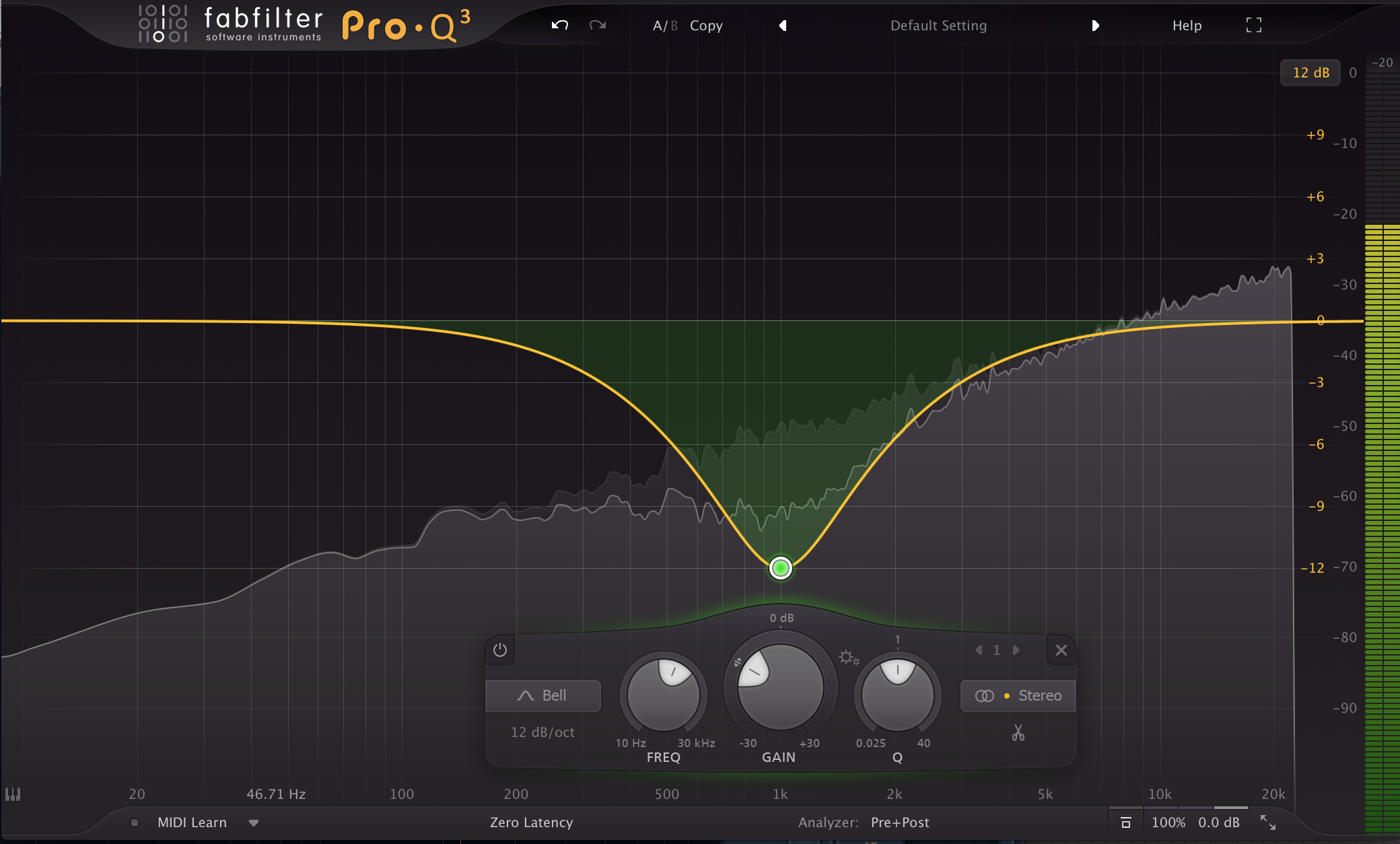 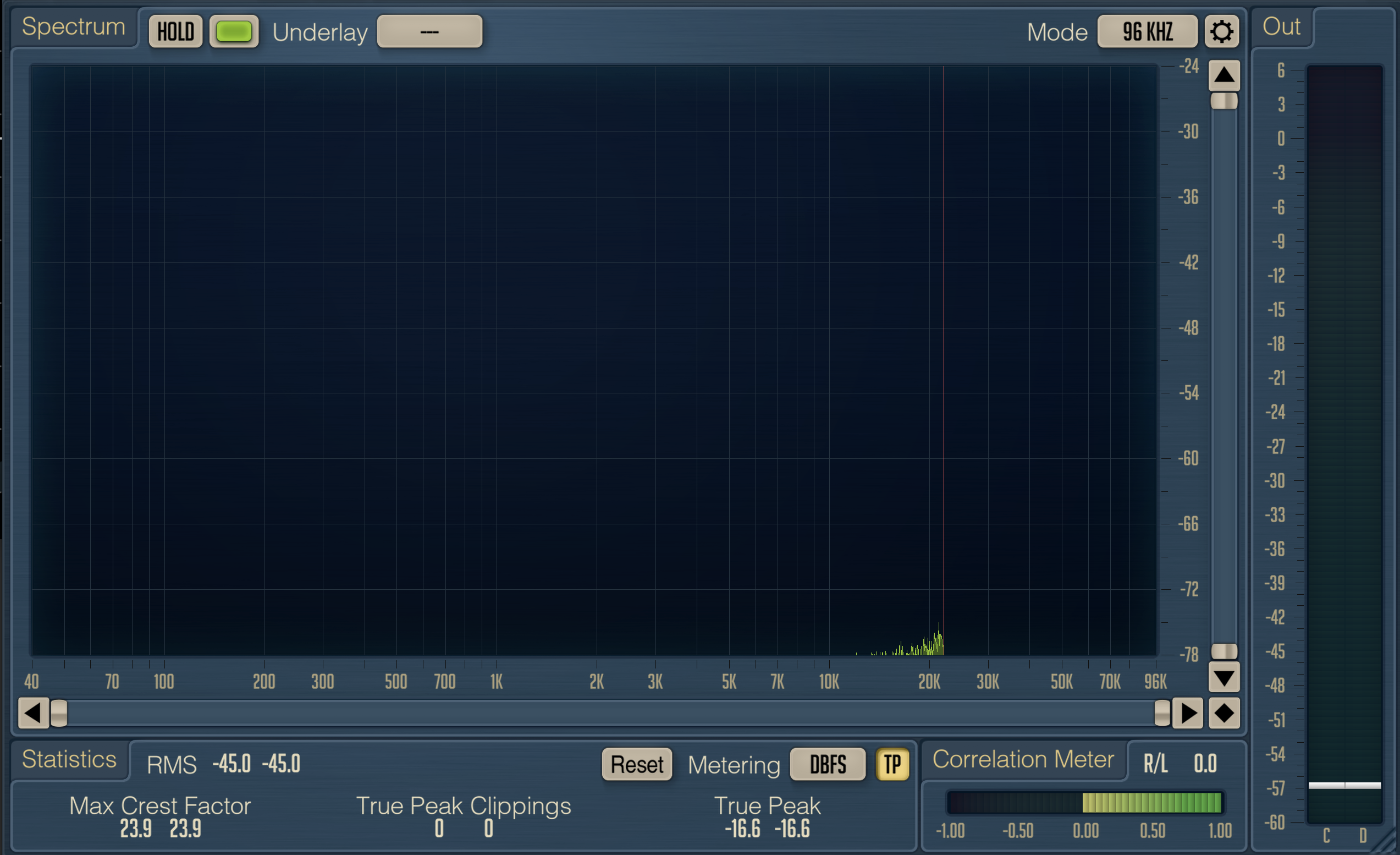 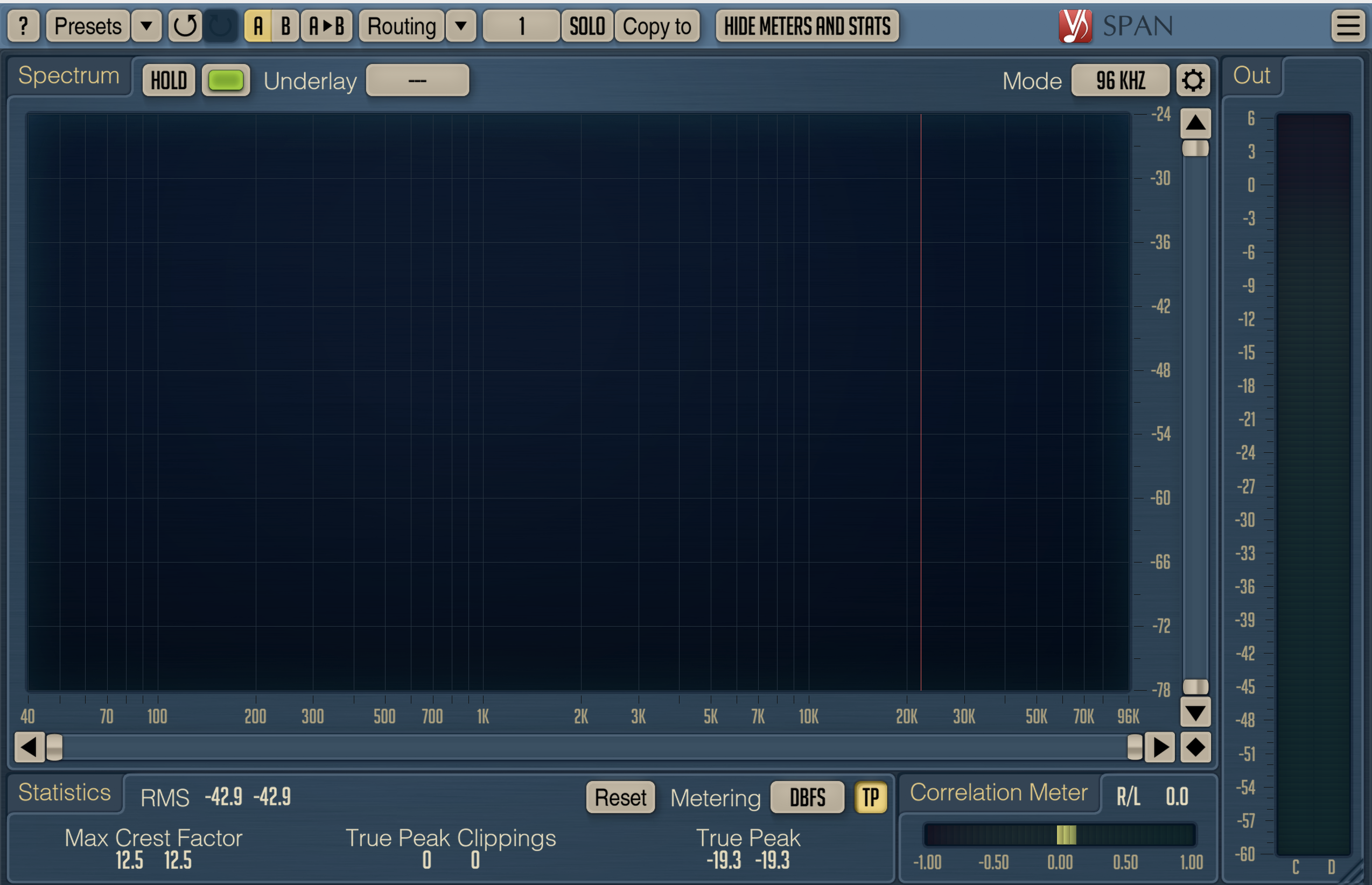 I need to advise first that I don’t own this plugin, it was suggested under my first post on RUG ( Reaper User Group).

First I need to say that I’m impressed, for 59$ this is really a good Eq, with very little to envy to pricier soultions.

The manual is brilliant, it helps a lot understanding the behaviour of the plugin, and it’s documented with graphs and in-depth explanation.

In order to match Pro Q3 zero-latency, I had to use Digital mode on Crave EQ, but I have to say that this plugin gives you a lot of options regarding this setting with explicated latency in milliseconds. 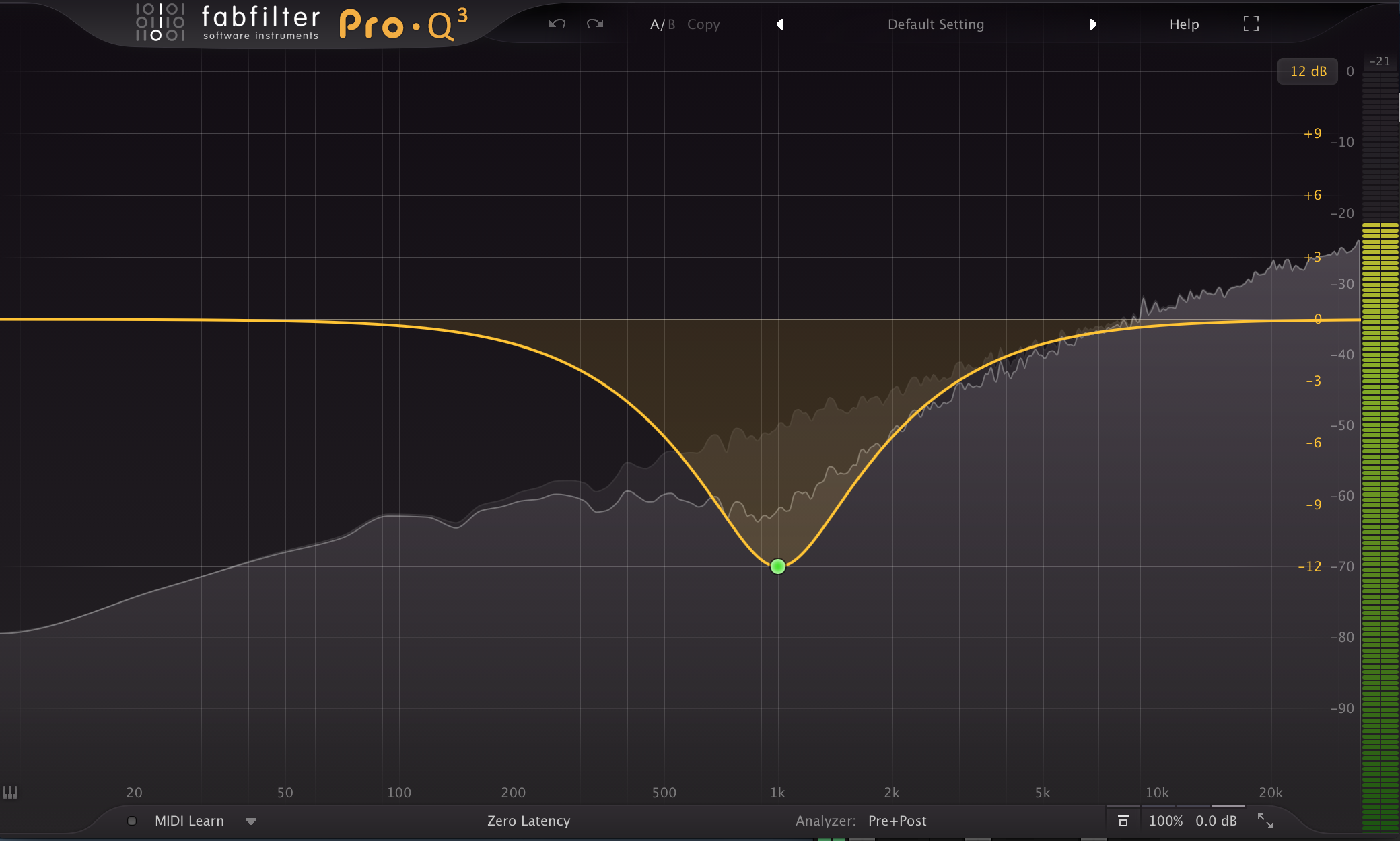 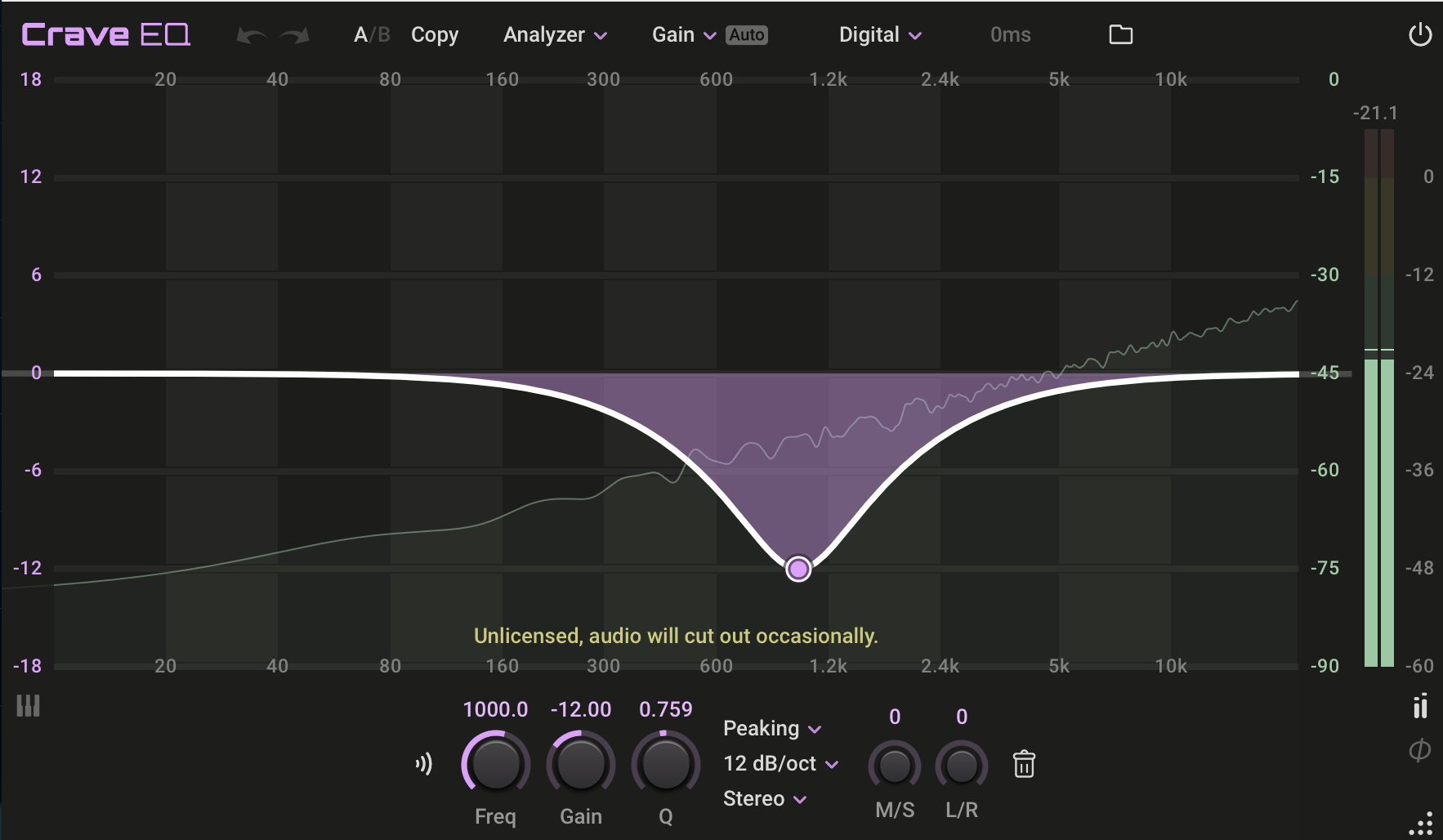 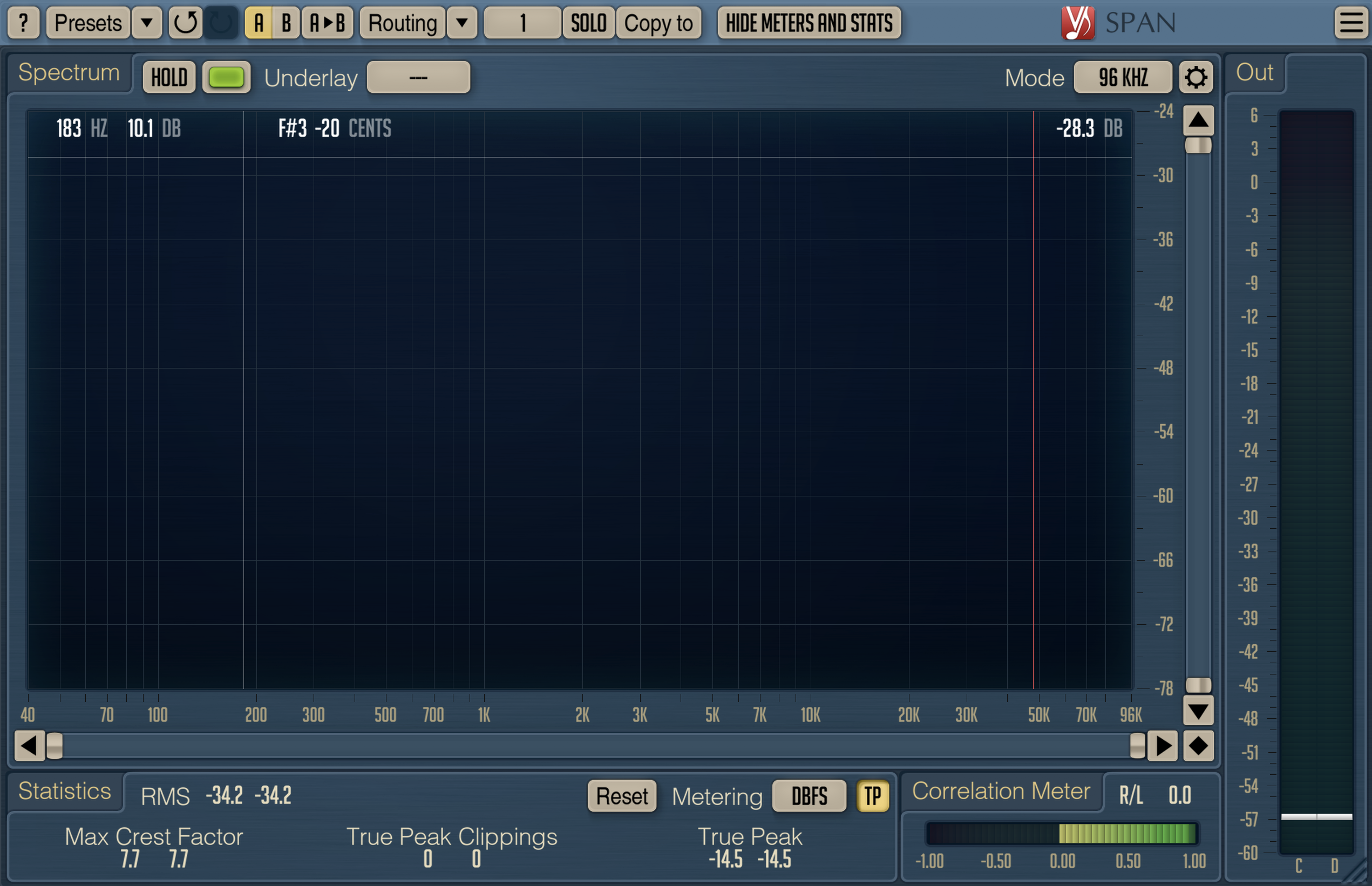 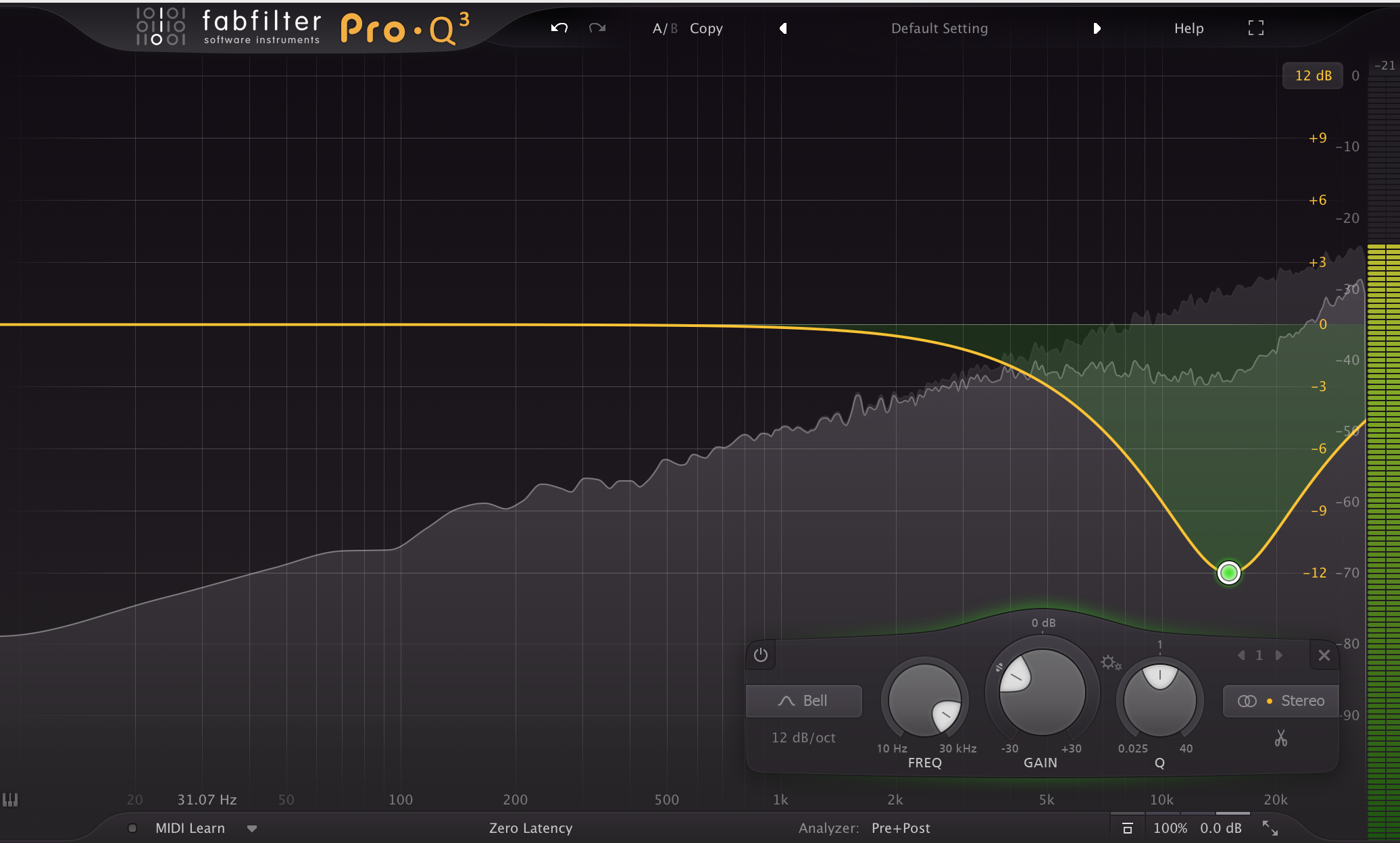 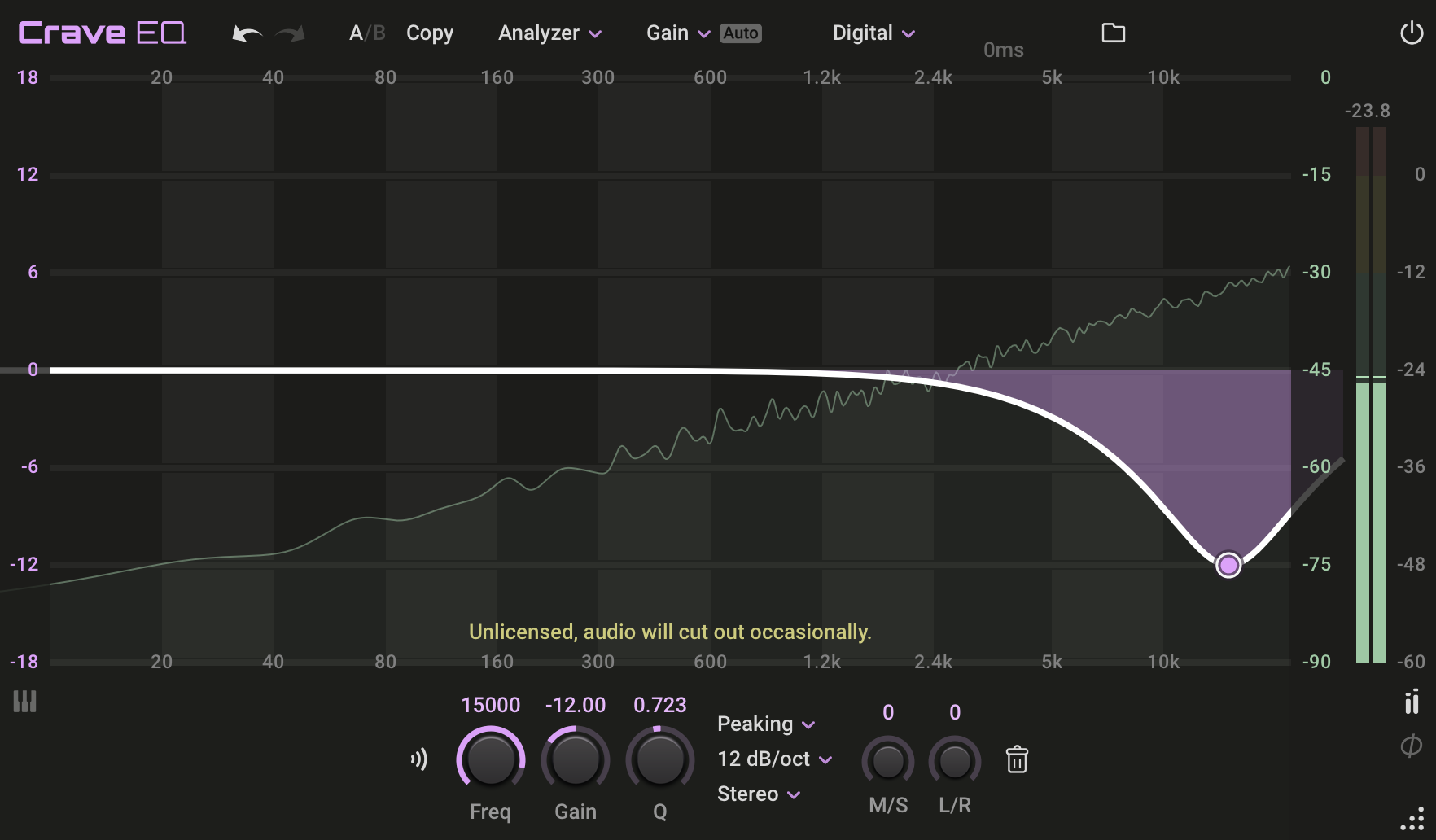 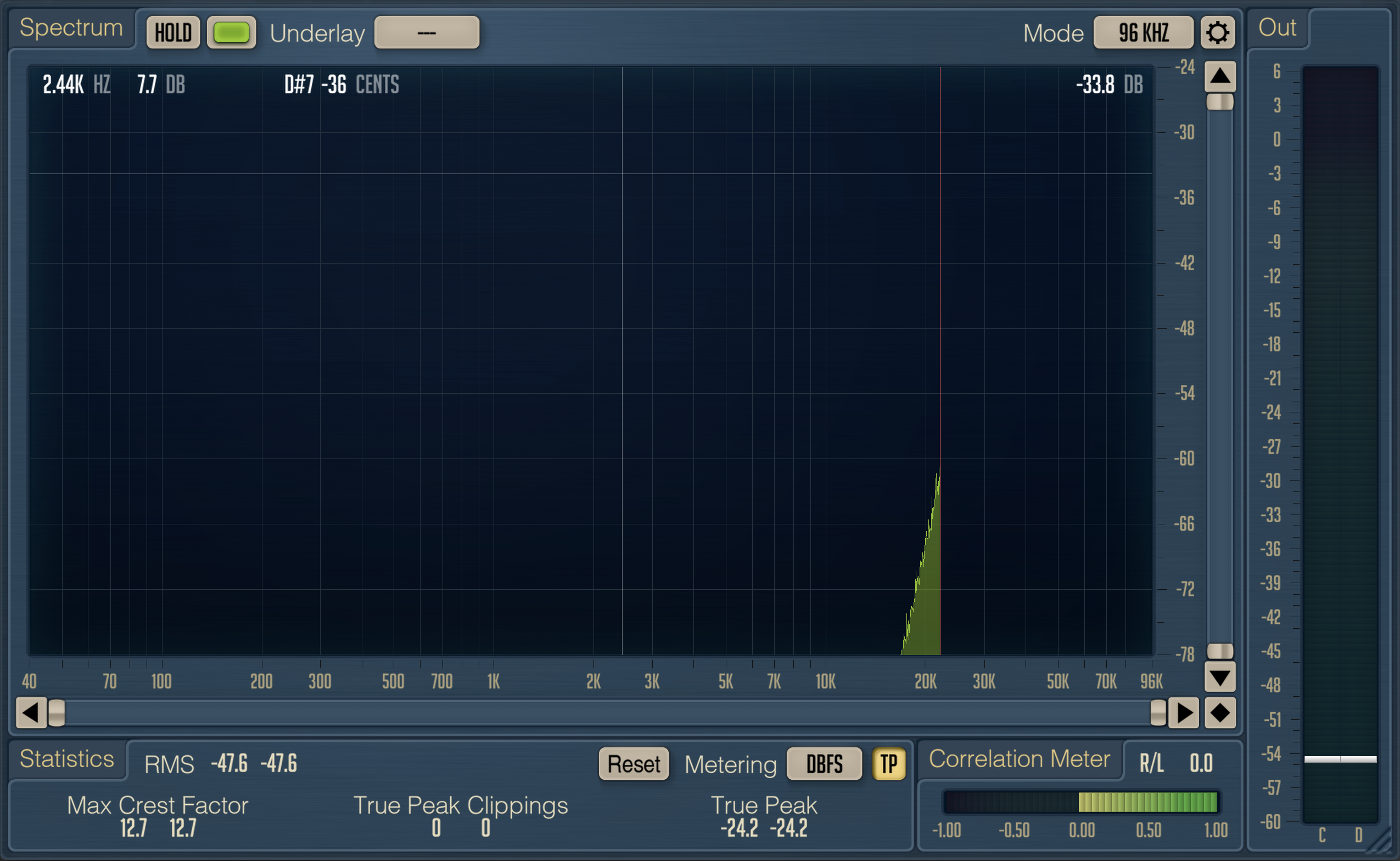 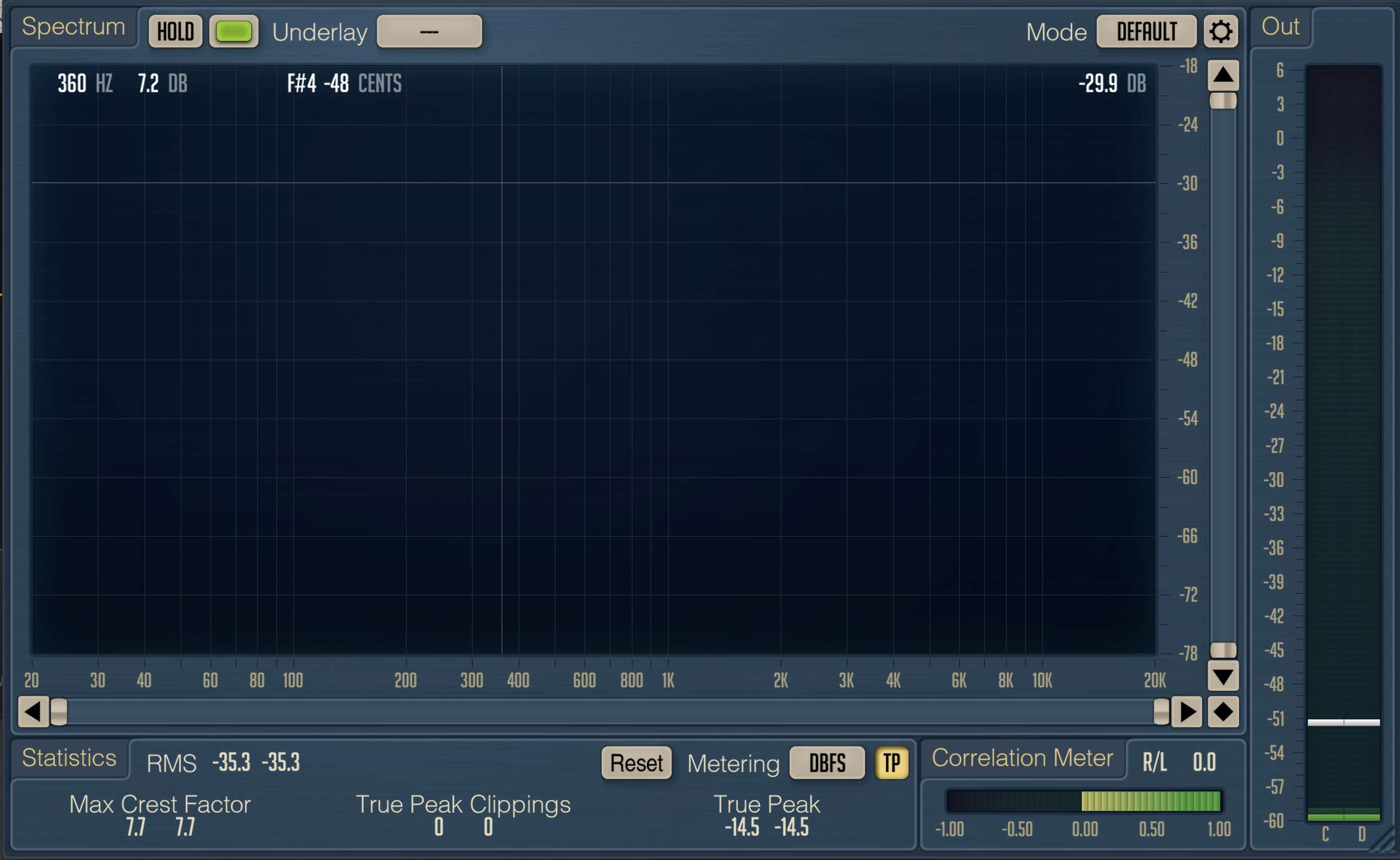 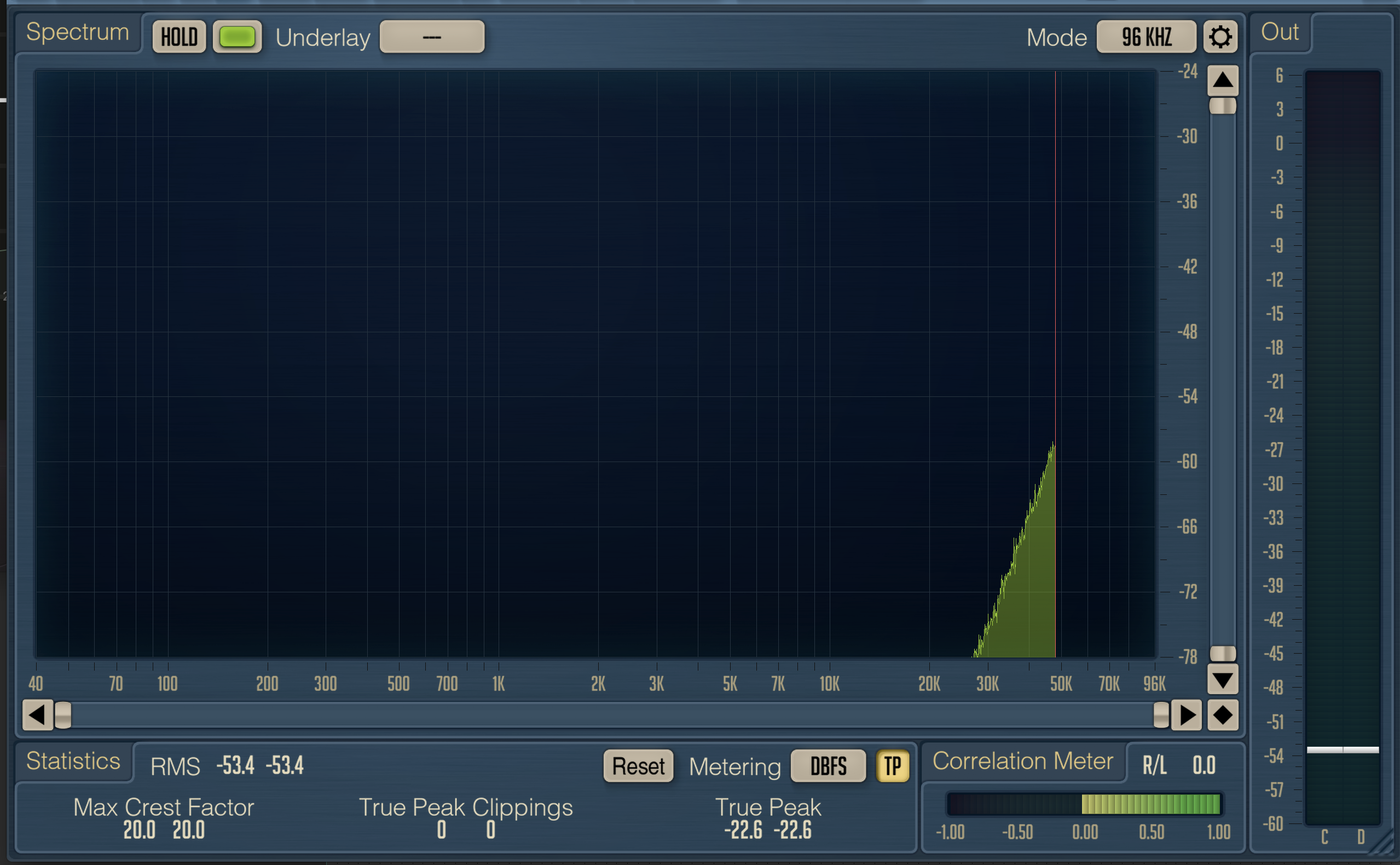 In this comparison, I’ve chosen a free Eq, a low price Eq and a top-shelf Eq.

Equilibrium price is placed above FabFilter Pro Q3 with its price tag of 240.15€ (full price).

Since FabFilter Pro Q3 is becoming basically a standard in clean Eq plugins I wanted to try out something that is more expensive to see if it was really worth the investment and to see if it was that different from Pro Q3.

During installation, I was guided into customization of the plugin appearance and DSP settings by the software itself.

Below some screenshot of the same instance with different GUI settings and the extended customization menu. 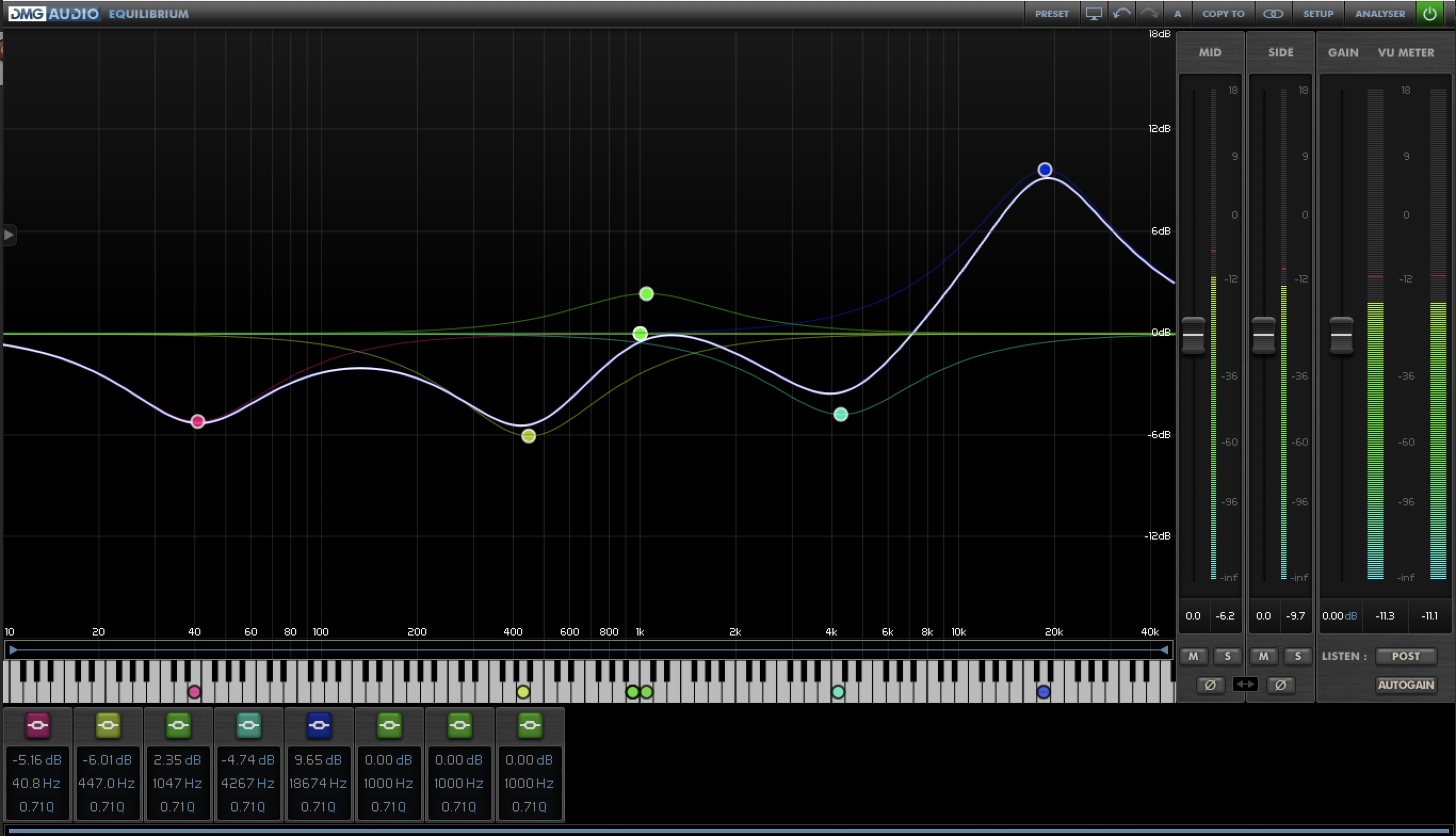 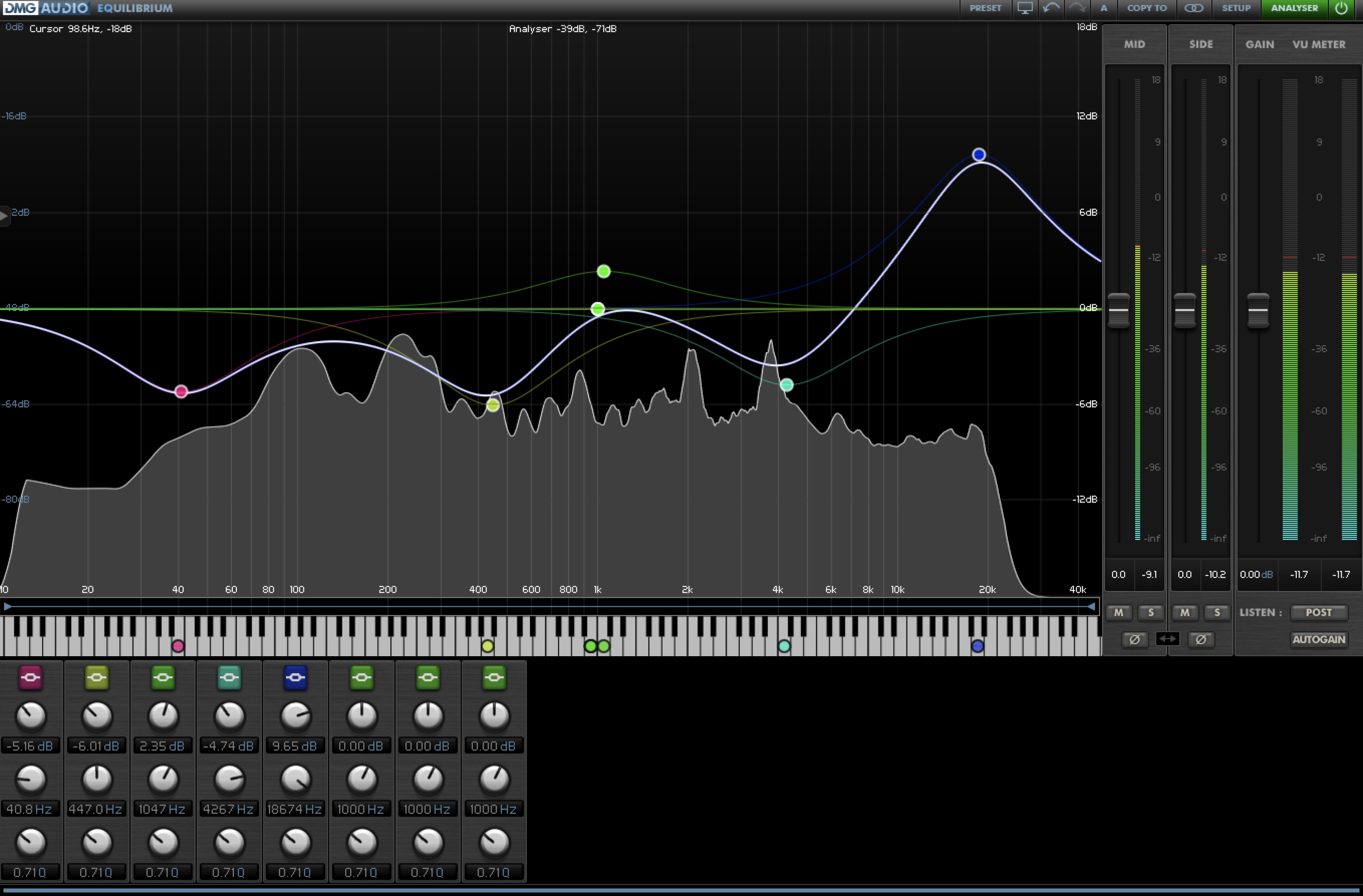 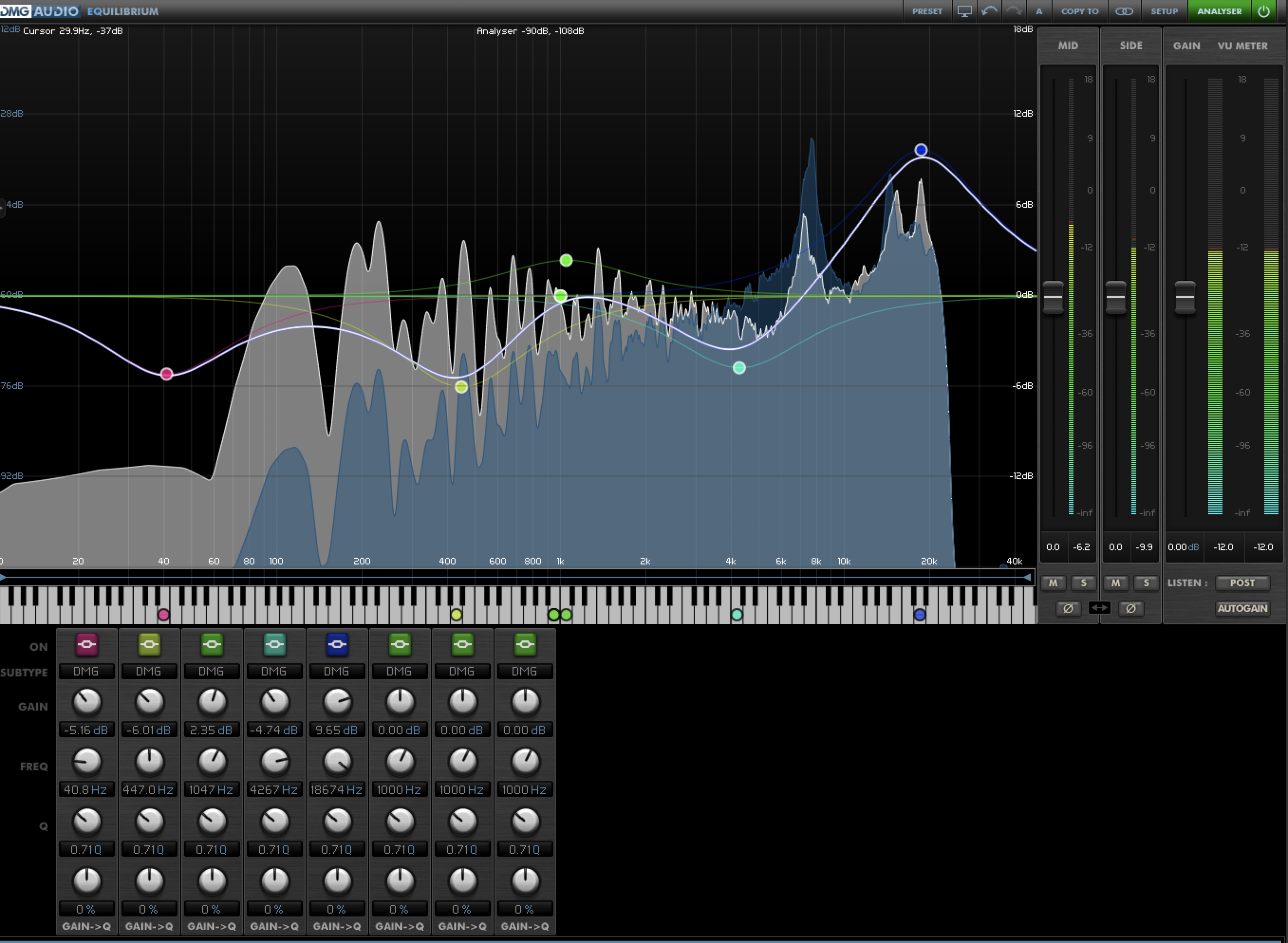 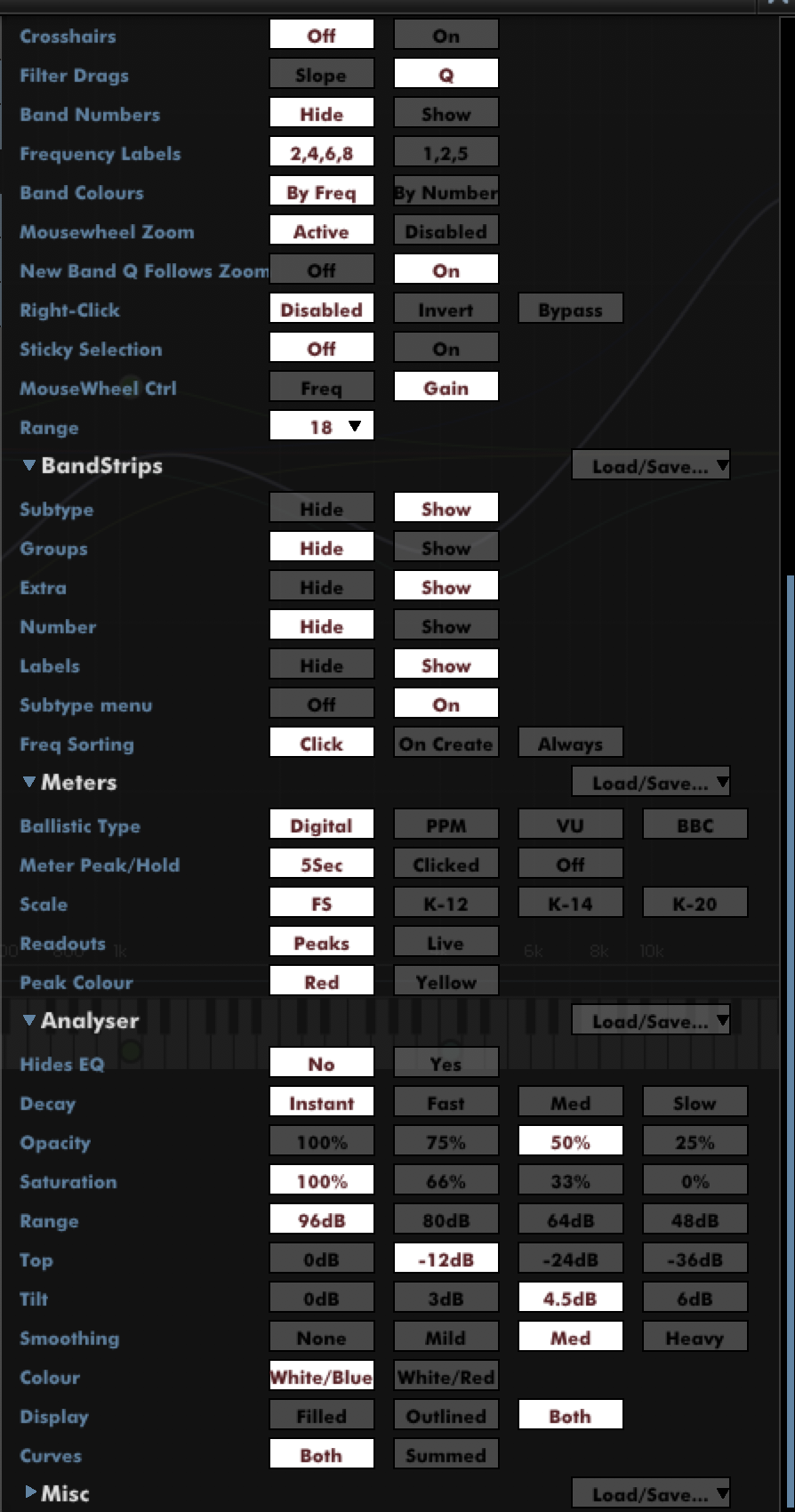 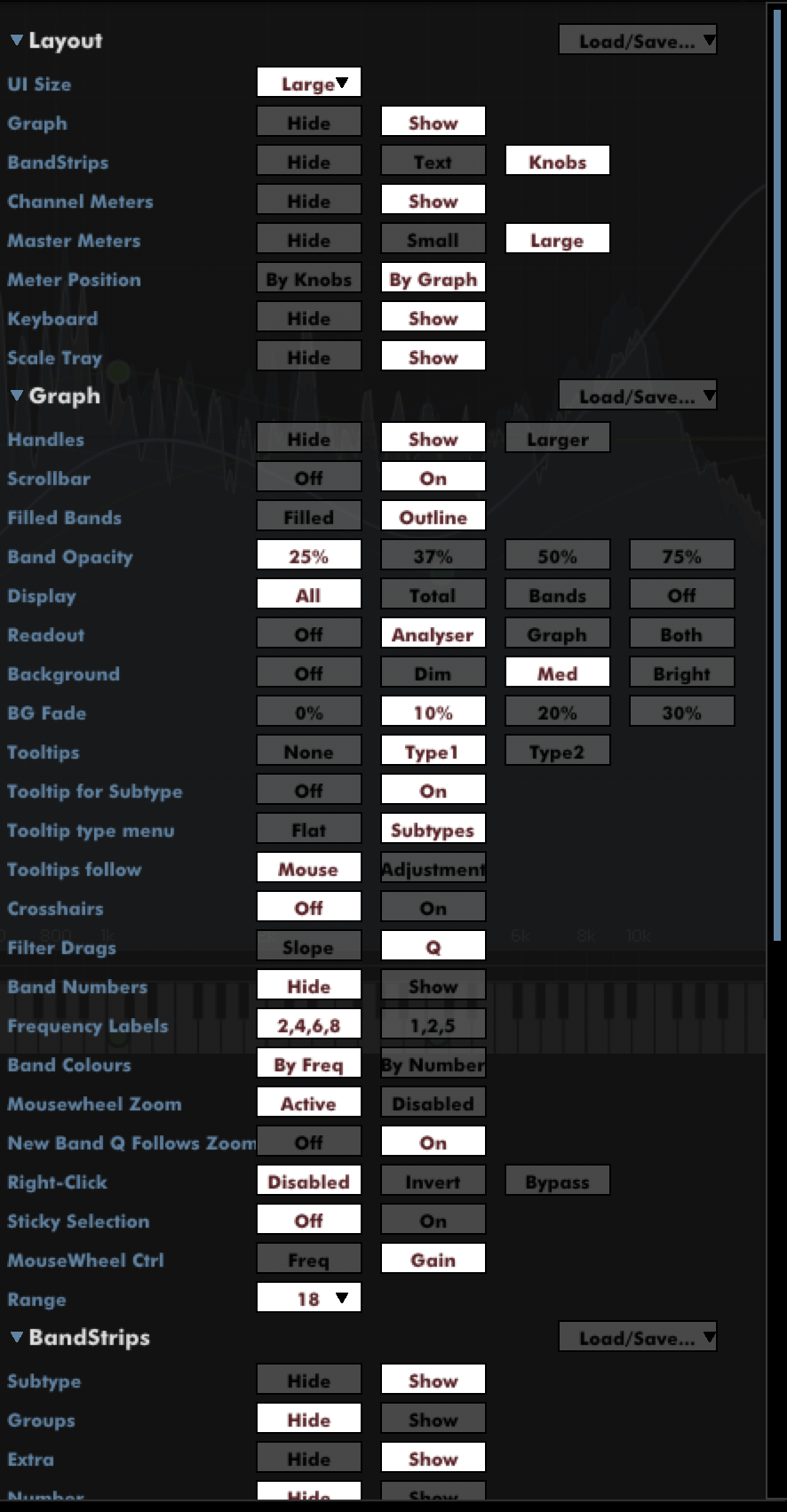 During tests, I didn’t notice a lot of differences between Q3 and Equilibrium regarding Null and usage.

Obviously, each plugin will sound different and will react different in cramping, so I really can’t’ decide which is better solely from that test, as it was with previous plugins.

Here’s some screenshot from the bench. 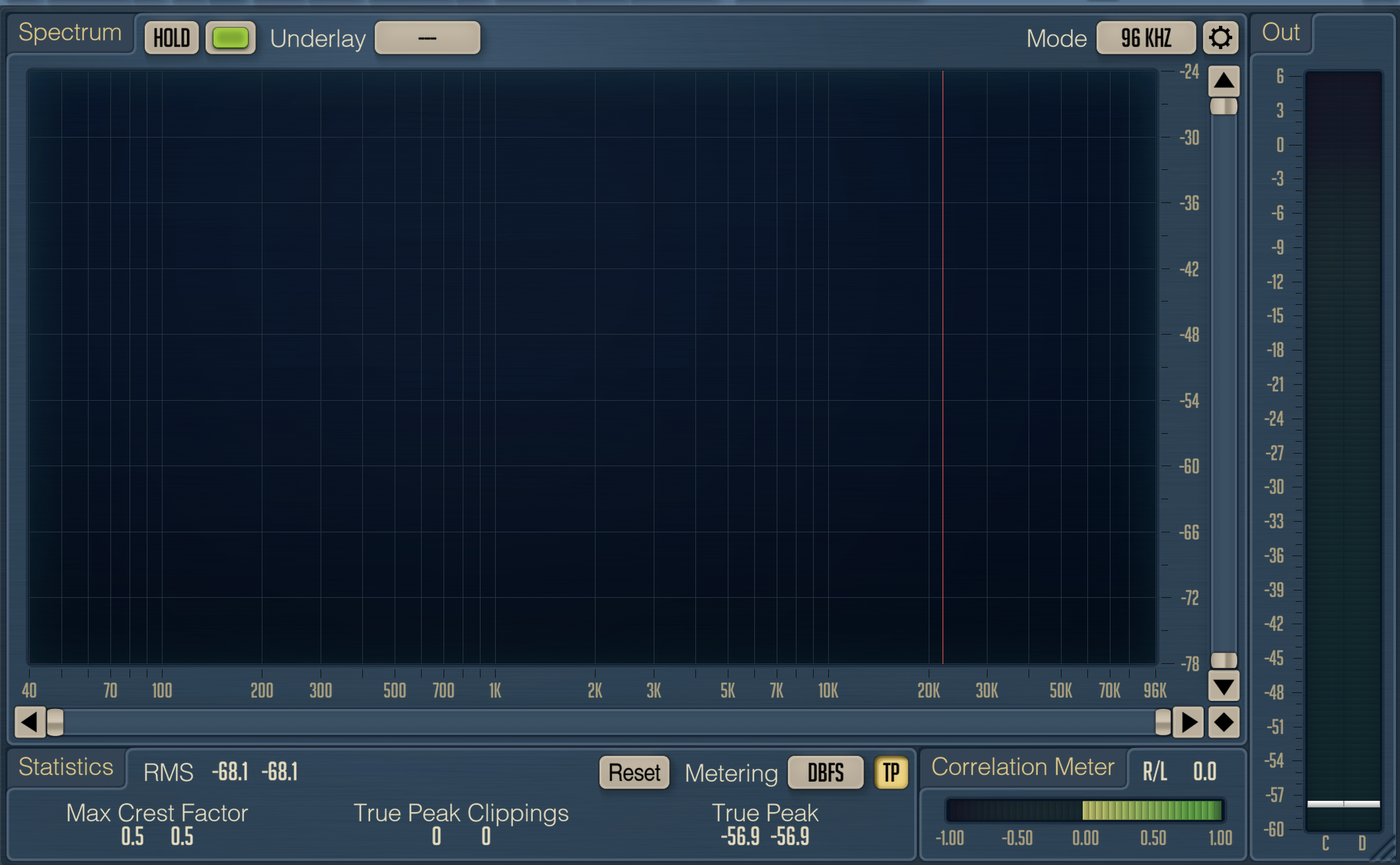 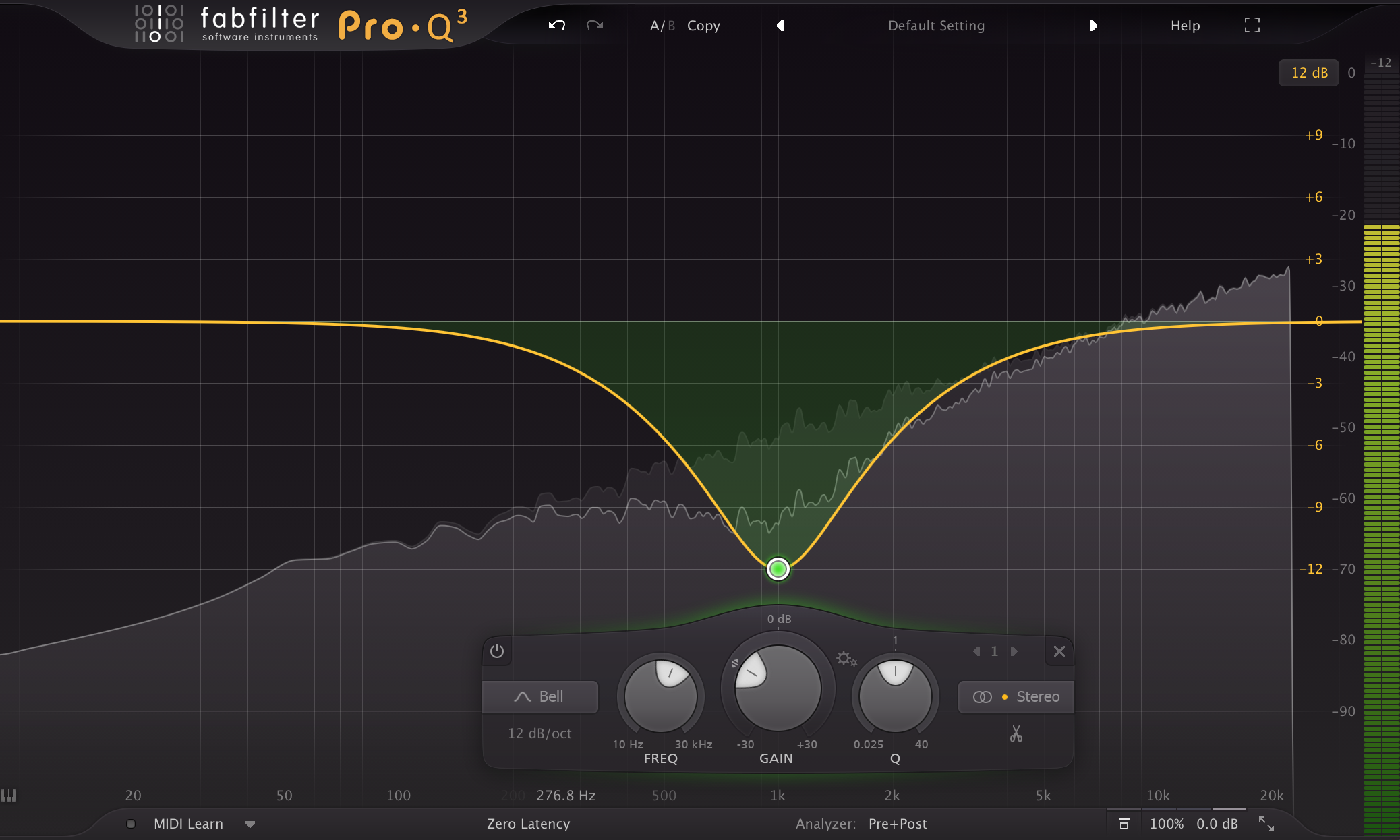 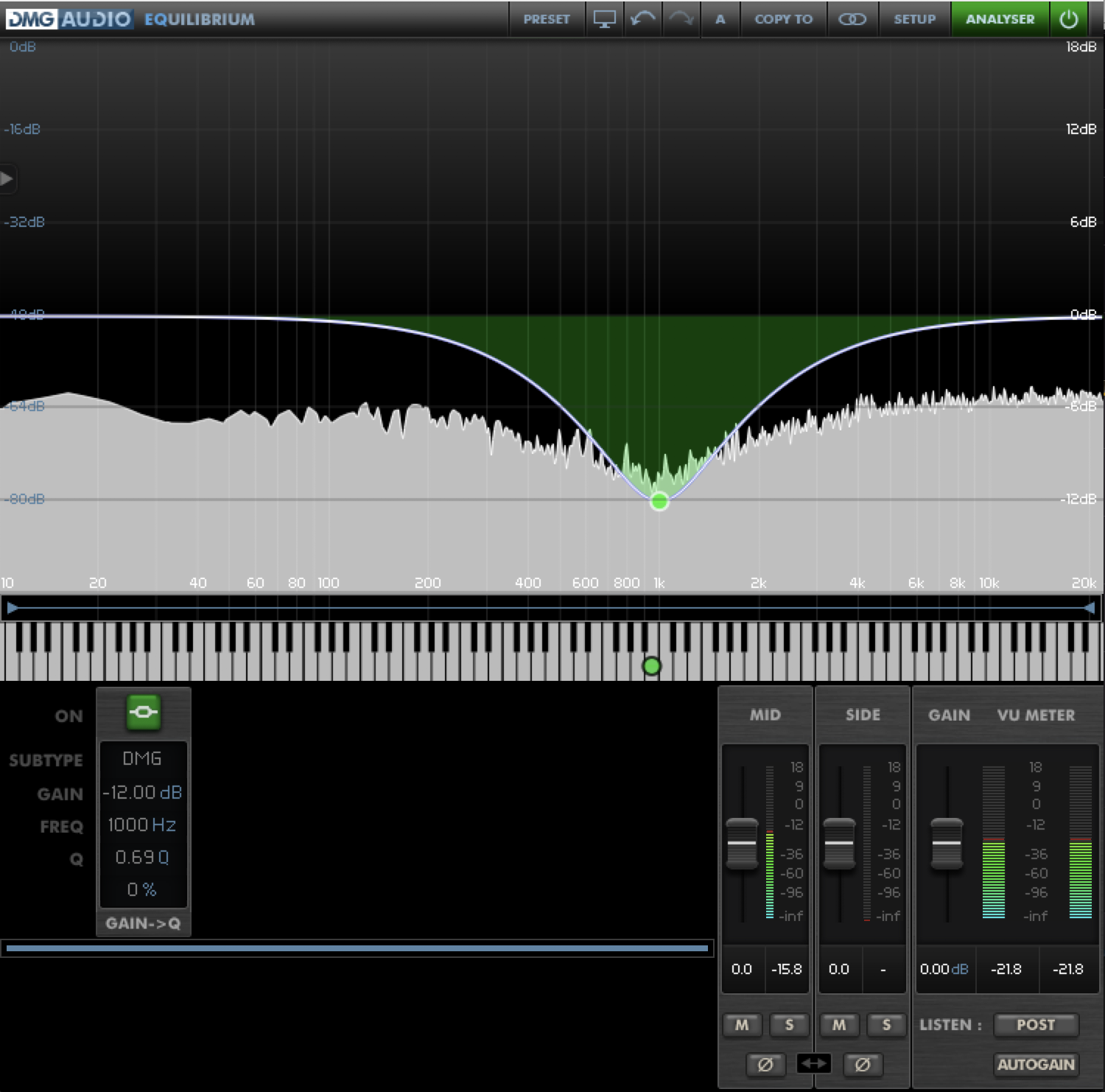 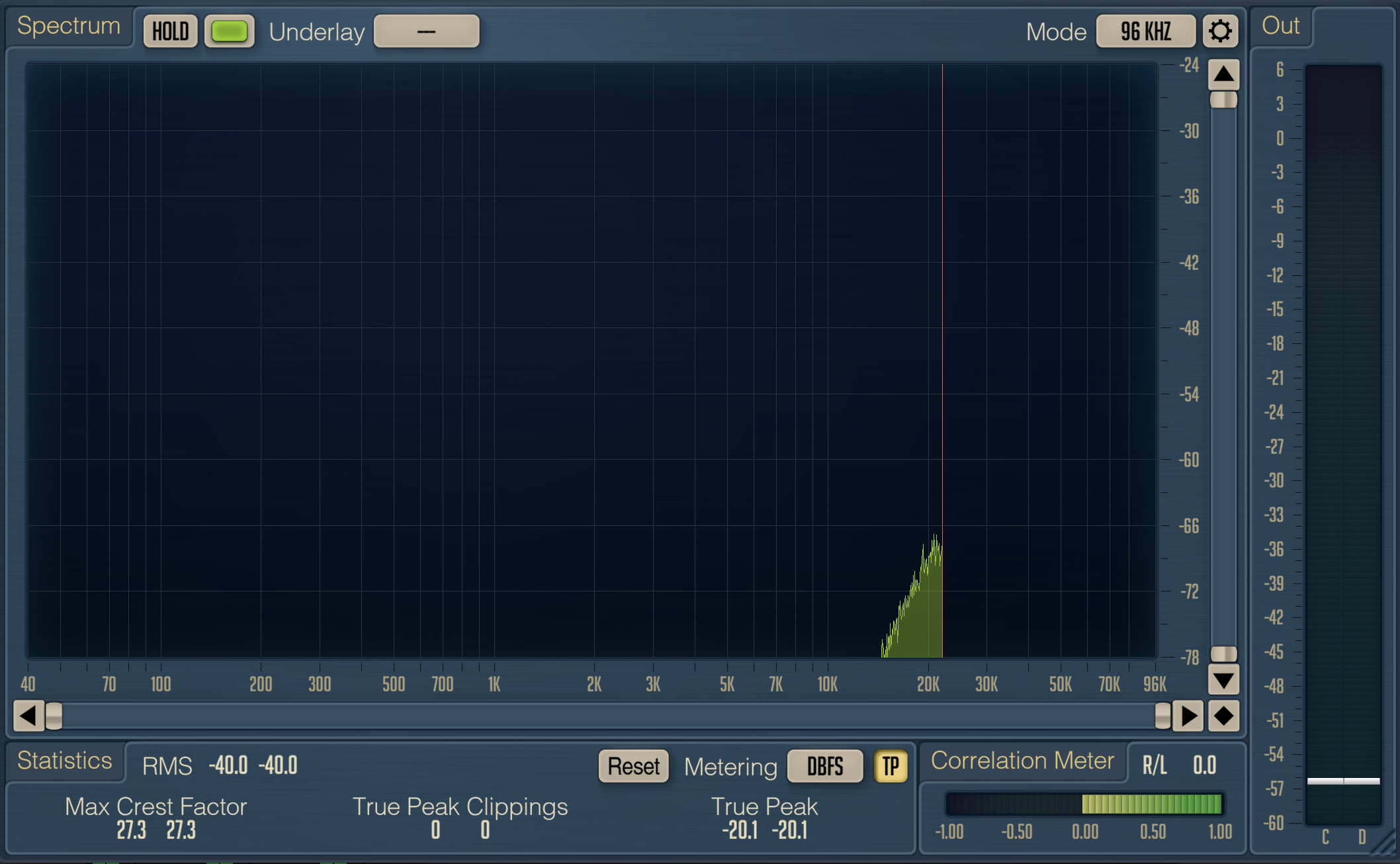 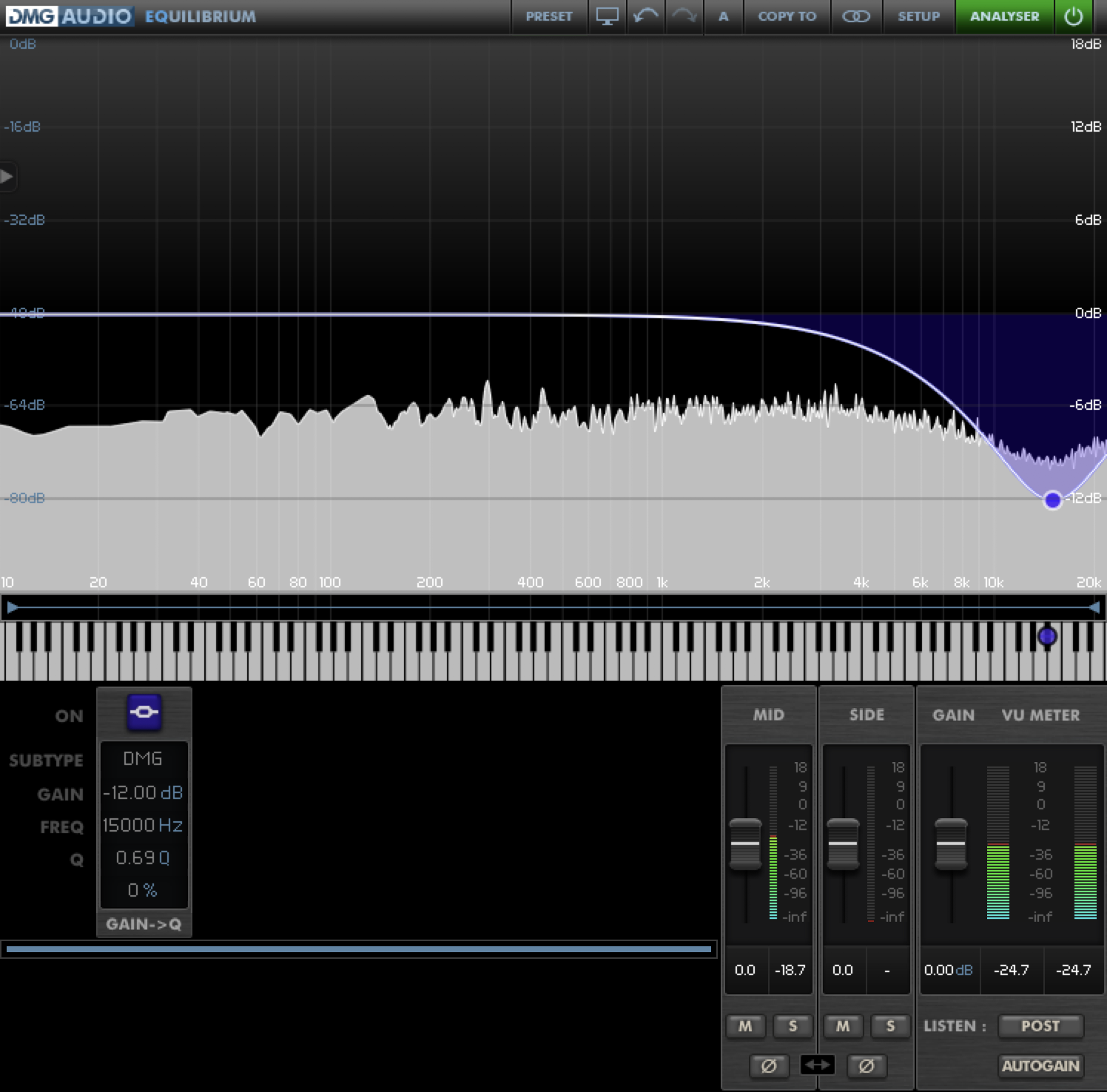 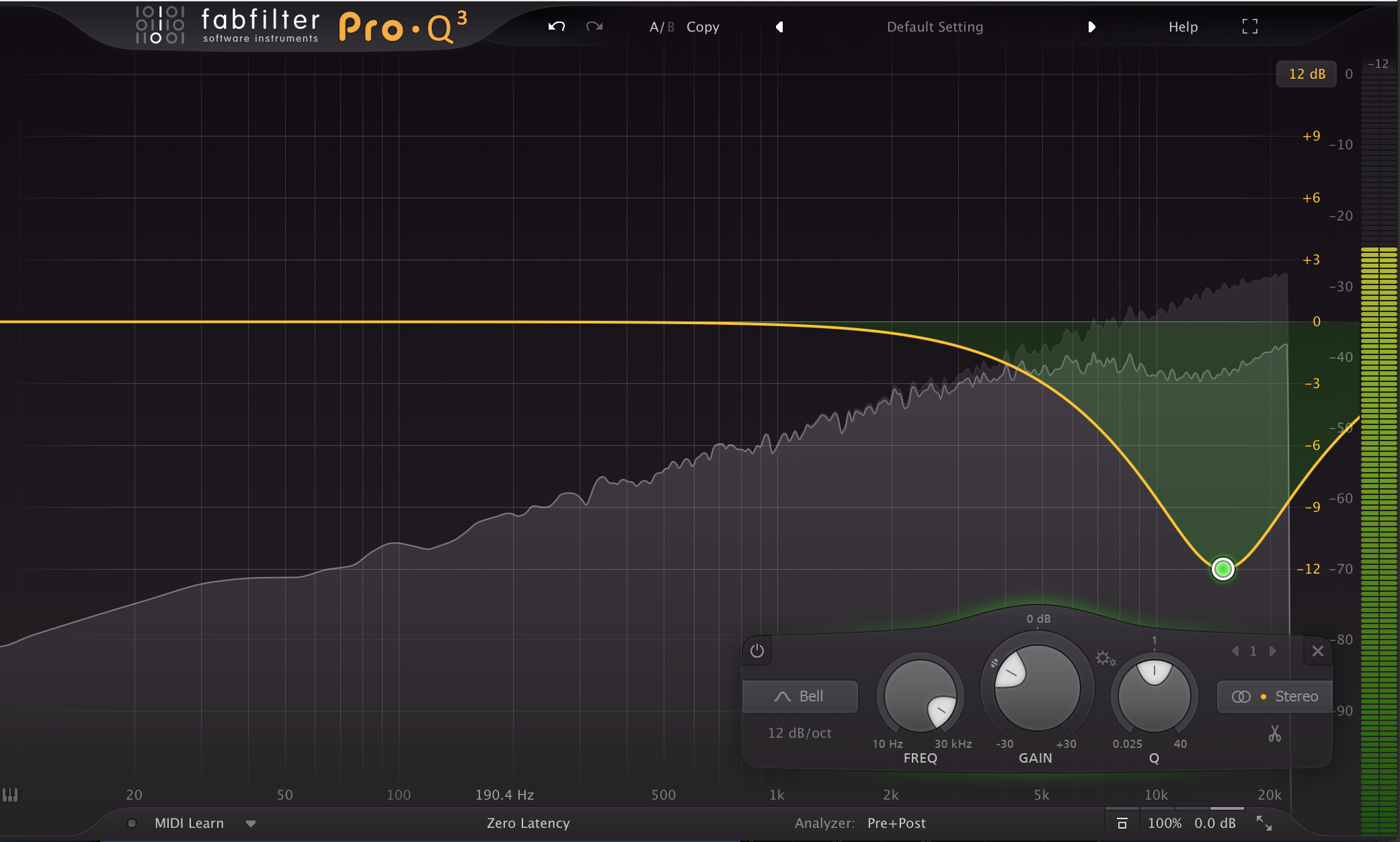 So speaking of preferences, I’ve prepared 4 different audio samples, each one with one of the tested EQ.

Since as you see all 3 contenders (actually 4) worked out well on zero latency Eq.

I’ve exaggerated the Eq Correction in order to hear a little more the differences.

To minimize listening bias I’ve named each file with a letter in order to make you perform a blind test.

I will reveal results on the part 2 next week when I’ll investigate on linear phase and decramped EQs.

Let me know in the comments your preferences, what differences you can hear and your guess on which is which. 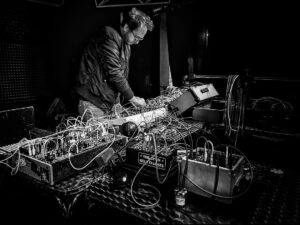